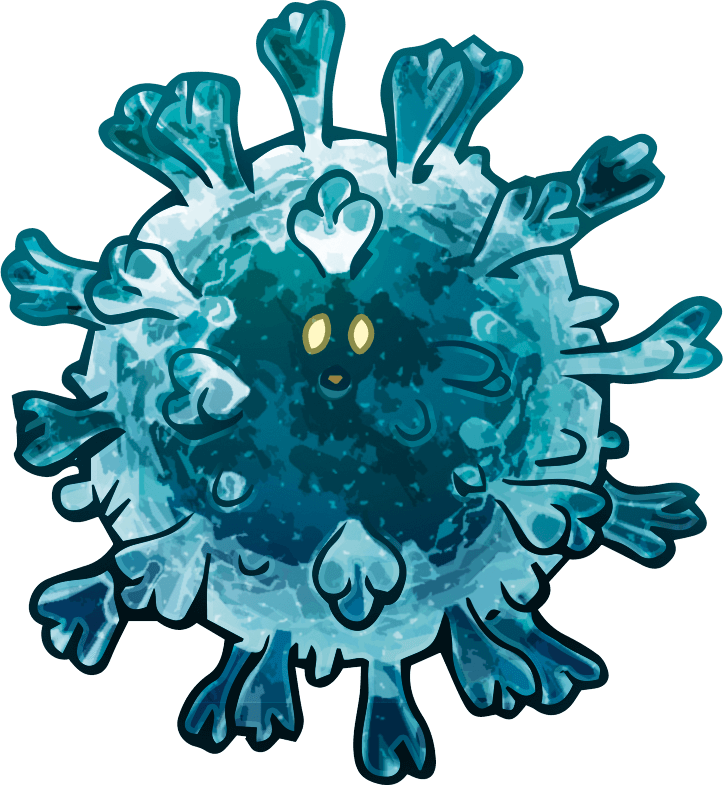 It attacks our defenses

HIV is an enveloped RNA virus with a capsid1 of icosahedral symmetry. HIV targets immune cells, typically CD4 lymphocytes, and weakens the immune system of infected people. Its virion2 is around 100 nm in diameter and its genome is around 5,000 base pairs in size. It is part of the retrovirus family (retroviridae) since its positive-sense single-stranded RNA is first retrotranscribed into DNA using a viral enzyme called “retrotranscriptase”. DNA can then be copied to form new virions. Image 24 + image of the drug addict in the park (green disease card n ° 7, for S aureus)

The HIV virus can be transmitted through the blood (exchange of syringes by drug addicts, blood transfusion, etc.), during breastfeeding or during sexual relations, the virus being present in the semen and in the vaginal secretions of infected people. The HIV virus can also be transmitted from mother to child during pregnancy or childbirth. It is important to note that antiviral treatment helps reduce the risk of sexual transmission and maternal transmission.

Today, HIV is primarily sexually transmitted and acquired through intravenous drug injection of contaminated syringes and /or needles by drug addicts. Prevention has reduced the prevalence of infection in the population to less than 1% in most European countries. In contrast, in patients with active intravenous drug addiction involving needle and syringe exchange, the infection affects approximately 1 in 4 people. 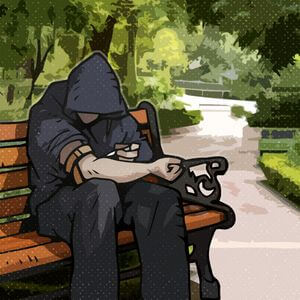 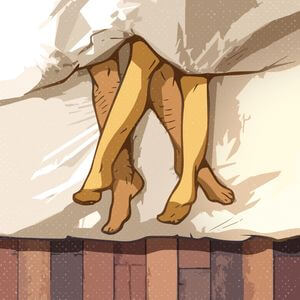 After a latency period of approximately 2 to 10 years, patients will exhibit a significant drop in the level of their CD4 lymphocytes which will allow microbes that are not very dangerous for an immunocompetent person to cause so-called “opportunistic” infections. Opportunistic infections, which define AIDS include, for example, pneumocystis pneumonia or cerebral toxoplasmosis. HIV-infected and immunosuppressed patients may also suffer from oropharyngeal and esophageal candidiasis, cancers such as Kaposi’s sarcoma3 or lymphoma, and disseminated infections caused by mycobacteria, including Mycobacterium kansasii or Mycobacterium avium, for example.

It should be noted that with the advent of triple therapies in 1995, the evolution towards immunosuppression was prevented, avoiding microbial superinfections, opportunistic infections as well as the development of Kaposi’s sarcoma. However, despite remaining high CD4 lymphocyte levels, living patients with controlled HIV infection may develop lymphomas more frequently than people not infected with this virus.